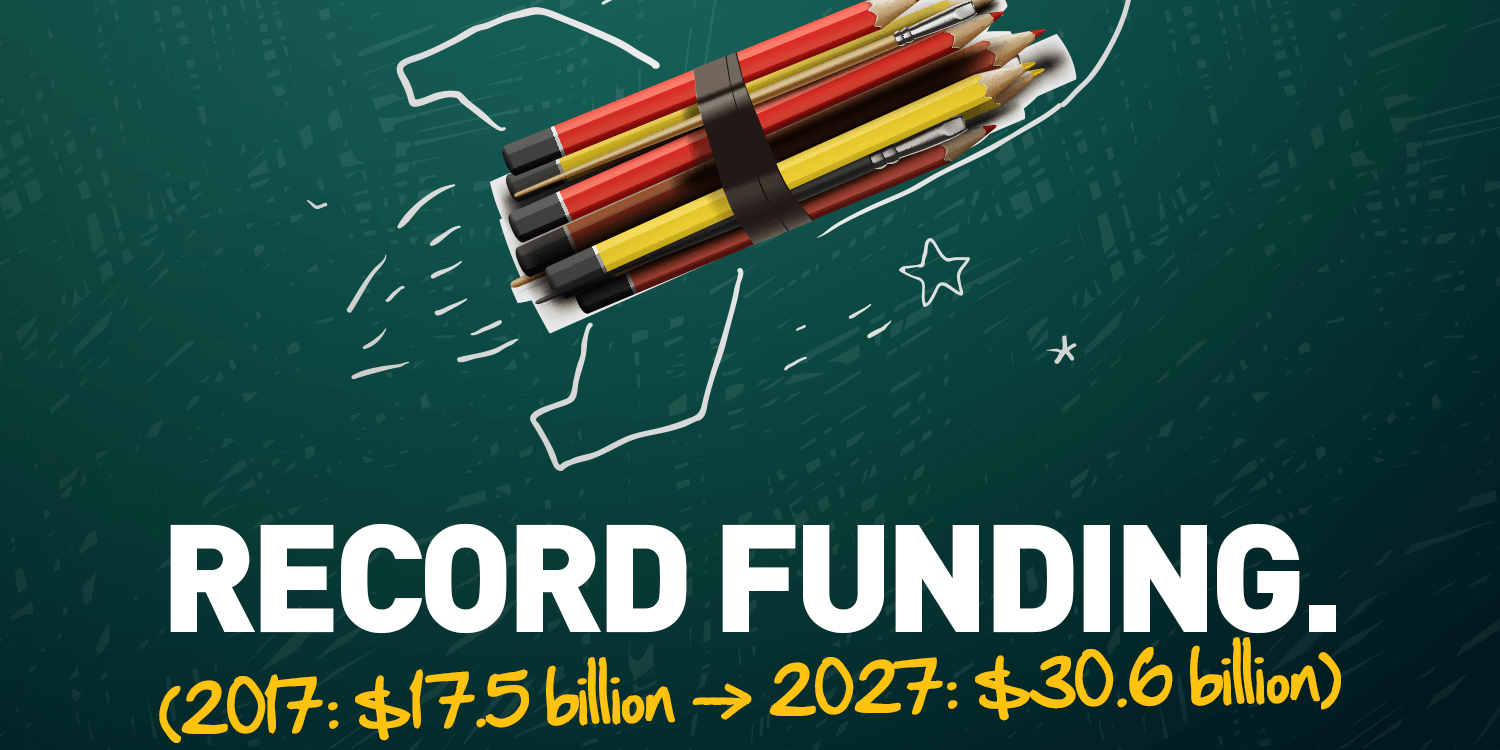 Schools and students in Forde will be well supported into the future through the Turnbull Government’s new plan to better target funding and evidence-based programs for local students.

Today the government announced it would grow funding for Queensland schools by 91.5 per cent over the next 10 years.

“The Turnbull Government is growing the record funding to Queensland schools by more than $23 million over the next 10 years.

“We’re putting an end to Labor’s 27 special deals with states and territories, unions and non-government school leaders that distorted funding needs and had some schools waiting up to 150 years to get their fair share of support.

“Our plan will mean schools in my electorate of Forde will receive their fair share of support sooner, and don’t suffer because of Labor’s special deals.

Mr van Manen said while the Government believed a strong level of funding for schools was vital, how the funding is used is more important.

“David Gonski will lead a new inquiry into improving the results of Australian students focused on the most effective teaching and learning strategies to reverse declining results, and seek to raise the performance of schools and students,” Mr van Manen said.

“Our reforms will set our schools up for the future, and deliver fair, needs-based funding for all Australian students.”

“Our plan will set students on the path to academic excellence and achieve real needs-based funding for students from all backgrounds, in every town and city, in every region and state, in every classroom,” Minister Birmingham said.

“Our changes will ensure all schools and states transition to an equal Commonwealth share of the resource standard in a decade, unlike the 150 years of inequity that current arrangements would entail.

“We’ll ensure schools are funded fairly. That means 24 schools in the nation’s highest socio-economic areas will receive a reduction in per-student funding over the next ten years and for the first time using the Nationally Consistent Collection of Data for Commonwealth funding decisions on students with a disability.

“This will ensure that need drives funding allocation, and end the different definitions of disability that exist between jurisdictions.”

For further details of the Turnbull Government’s Quality Schools reform package are available at: www.education.gov.au/qualityschools