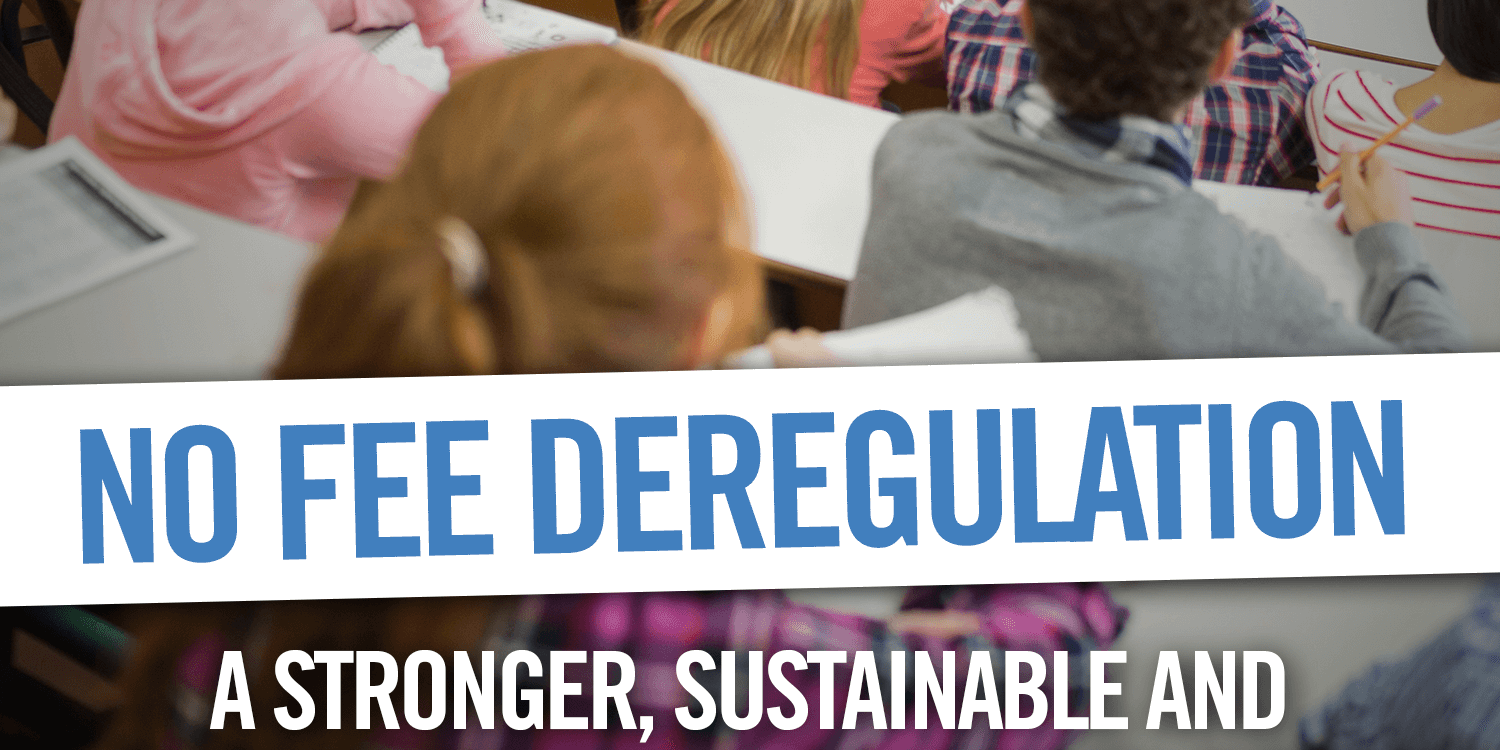 The Turnbull Government’s higher education reforms announced over the weekend will drive better outcomes for students and Australian taxpayers.

Federal Member for Forde Bert van Manen MP said the reforms would deliver on the Turnbull Government’s commitment to fair, quality driven, and financially stable higher education reforms to ensure students had the choices and opportunities to succeed.

“There will be no fee deregulation and we’ll ensure Australians who want to study have the opportunity to do so,” Mr van Manen said.

“These reforms will also ensure universities are properly accountable for their public funding and costs and risks are better shared between taxpayers, students and institutions.”

Mr van Manen said the reforms would strike the right balance and set up our universities for the future.

“These reforms will ensure our record levels of investment in higher education drive better results for students and better value for money for taxpayers.”

Minister for Education and Training Simon Birmingham said the reforms meant Australia would have a more sustainable rate of growth in taxpayer support, accompanied by measures to ensure universities put the interests of students first.

“Taxpayer funded student loans stand at more than $52 billion and without changes to address this situation around a quarter of that is expected to go unpaid,” Minister Birmingham said.

“By rebalancing the share of funding between students and taxpayers and better matching the costs of courses with the money universities receive from the Government, we expect these reforms will save taxpayers $2.8 billion over the forward estimates in underlying cash balance terms.

“The Turnbull Government will spend $27.9 billion for Commonwealth supported places, $11.9 billion on research, $592 million for the Higher Education Participation and Partnerships Program and $33.5 billion on student loans over the forward estimates.

“This is a responsible suite of reforms that are fair, empower student choice and opportunity and strengthen transparency, accountability and quality.

They stand in stark contrast to the brash approach from the Labor Party who when they were last in Government, announced $6.6 billion worth of cuts to the higher education sector.

“This package ensures Government continues to be the majority funder of higher education average course costs and demonstrates that scare campaigns about prohibitive fees have no validity, with course costs for students increasing by no more than $3,600 over a four year degree, none of which has to be paid up-front.

“This reform package gets the balance of funding between students, universities and taxpayers right, is fundamentally fair and ensures every Australian has the opportunity and support to study.”