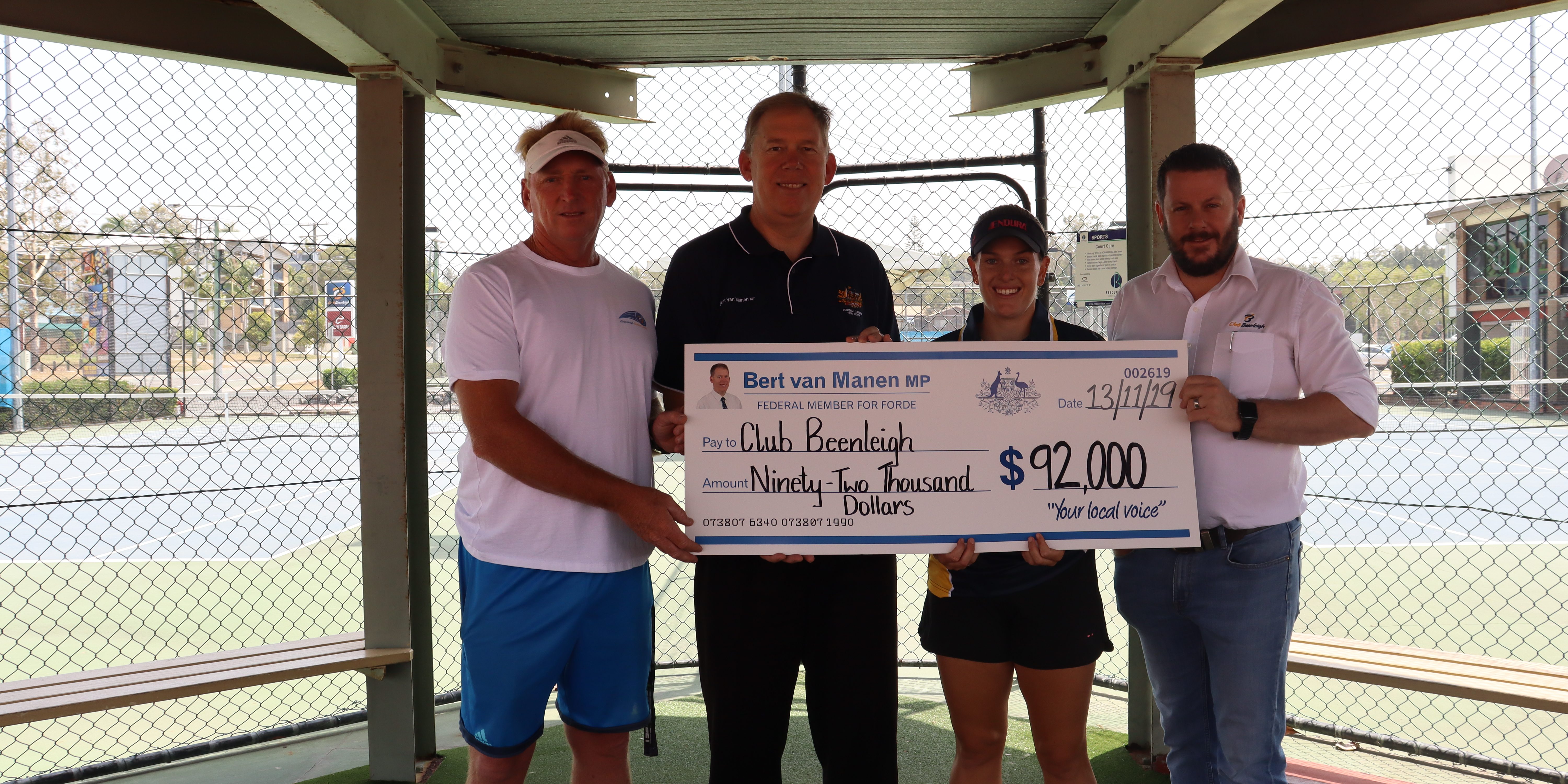 The tennis courts at Club Beenleigh will benefit from major upgrades thanks to a $92,000 grant from the Federal Government’s Community Development Grants Programme.

Federal Member for Forde Bert van Manen who presented the grant cheque to General Manager Perran Sonnex and Director of Tennis Mike Newell this week, said the funding would go a long way towards expanding facilities and capabilities at the club.

“This is a terrific outcome for Club Beenleigh which will now be able to undertake some much needed upgrades to their tennis centre that will benefit the broader community for years to come,” he said.

Resurfacing works will begin in the coming weeks and are expected to be completed before Christmas in time for Tennis Australia’s “Summer of Tennis” promotion.