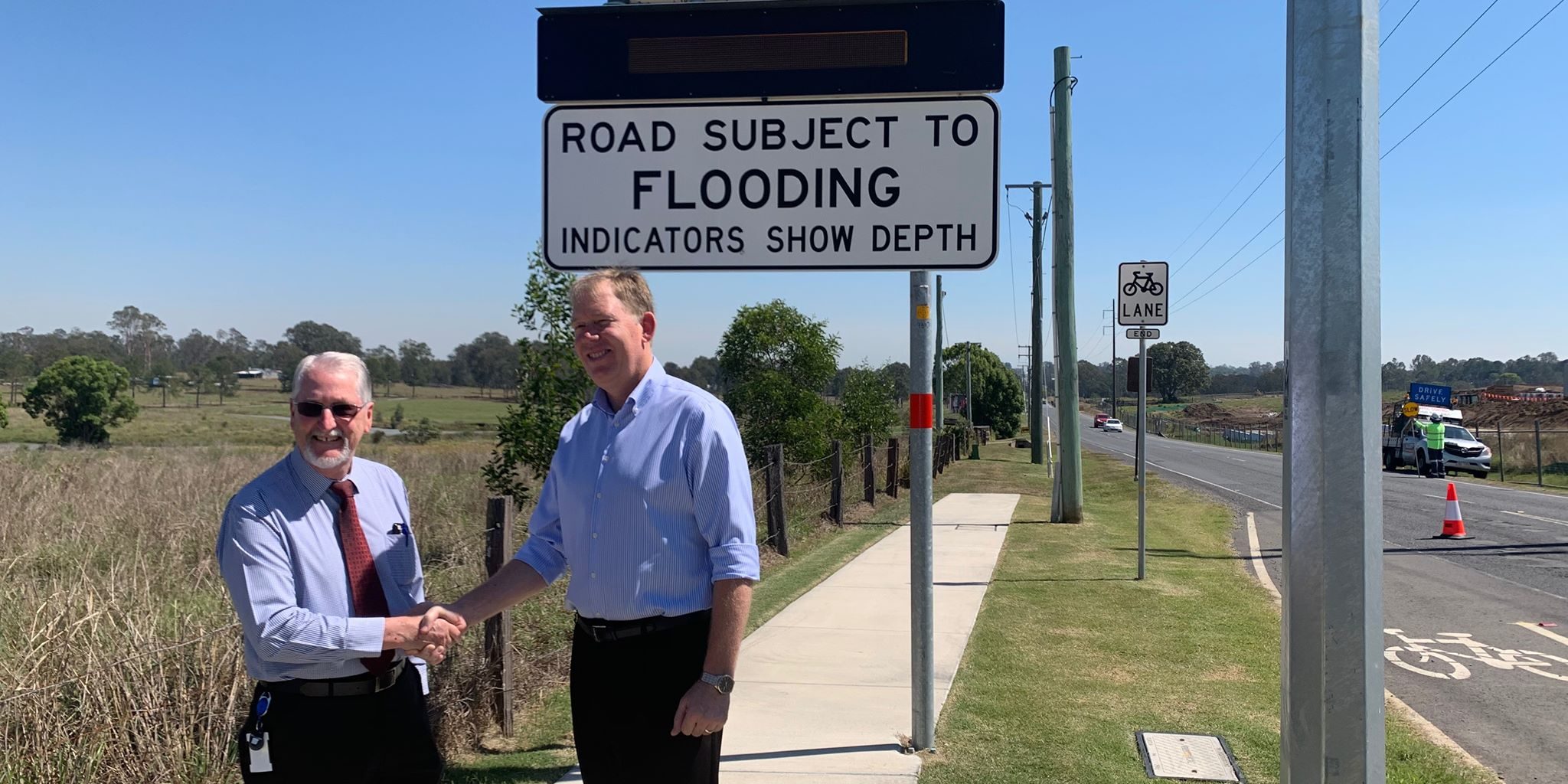 The City of Logan’s award-winning Flooded Road Smart Warning System has been expanded ahead of the cyclone season thanks to support from the Morrison Government.

The Morrison Government helped fund the installation of 21 new signs on flood-prone roads across Logan under the Smart Cities and Suburbs Program.

Federal Minister for Population, Cities and Urban Infrastructure Alan Tudge said the Morrison Government committed funding to expand the system because it had improved community safety since its introduction.

“When Cyclone Debbie flooded roads across Logan in 2017, no vehicles drove into floodwaters at sites where the smart warning systems had been installed,” Mr Tudge said.

Logan City Council has also received additional funding from the Queensland Reconstruction Authority, which will bring the total number of smart warning signs installed by Easter 2020 to 92.

The Council’s Roads and Water Acting Director Daryl Ross said the system was designed to save lives.

“The flooded road warning system is a vital tool in strengthening our resilience to flood events – when a road floods, these signs will trigger,” Mr Ross said.

“More of these signs in our city means we are on better footing ahead of storm season.”

The scheme was recently awarded for Excellence in Road Safety at the 2019 Institute Public Works Engineering Australasia Awards.