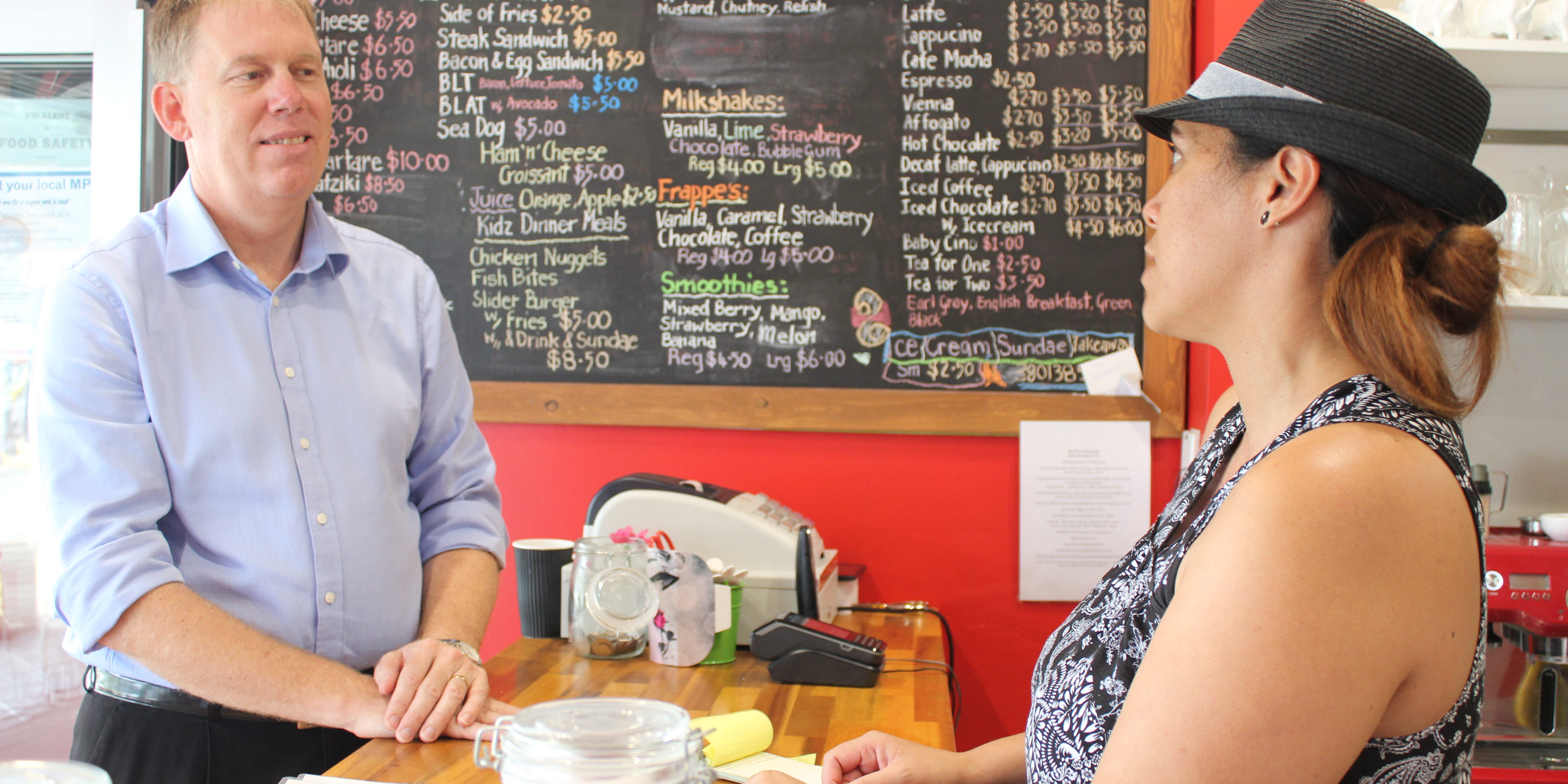 More than 11,000 small businesses in Forde will receive tax cuts to grow their company and employ more people as part of the Turnbull Government’s Enterprise Tax Plan.

Federal Member for Forde Bert van Manen MP said the historic cuts would give Australia’s two million plus small businesses, including the local butcher, newsagent or corner store, more of the hard earned money they have earnt.

“This is about helping our small and medium businesses invest and grow their business so they can employ more people,” Mr van Manen said.

“Nationally, these cuts will put $5.2 billion back into the hands of small and medium sized businesses who can use that money to expand on their hard work, invest in new equipment or hire more staff.”

Once the Enterprise Tax Plan is fully delivered, it will permanently increase the size of the economy by 1.2 per cent of GDP – that’s more than $17 billion in today’s dollars every single year.

More than 3.2 million small and medium sized businesses employing 6.5 million people across the nation will benefit from cutting the tax rate. That is more than half of the Australian workforce.

“The Turnbull Government is also pleased to confirm we have delivered on all the tax cuts which were promised during this term of government – inside the first year of the term,” Mr van Manen said.

“Passing these cuts is critical to growing the national economy because seven out of eight people are employed by private enterprise.”

Small and medium sized businesses with a turnover of up to $50 million will benefit from the tax cut while the Turnbull government remains committed to passing the entire 10-year Enterprise Tax Plan, as it will grow the economy, increase investment and create more jobs.

That ultimately puts more money in the pockets of Australian workers.

In contrast, Bill Shorten has no plan for job creation and no plan for growing the economy.

In fact, his frontbench cannot name one single pro-job, pro-growth policy they have.

“The Turnbull government knows hard working families who own and run their own companies are the engine room of the economy.

“Our national economic plan is fully funded and will grow the economy, creating more jobs in every region.”