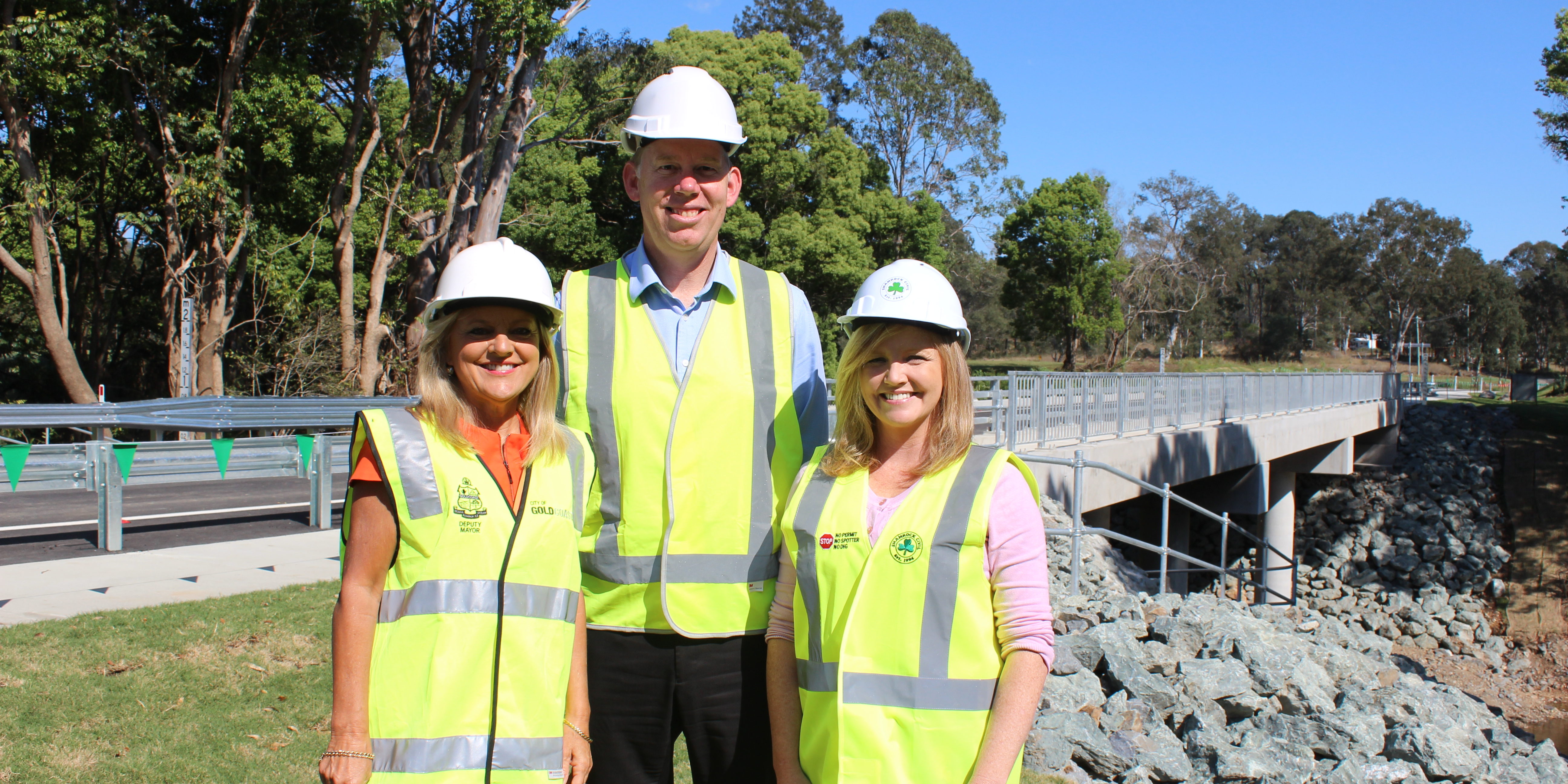 The delays are over for motorists travelling between Cedar Creek and Wolffdene following the reopening of the Chardon Bridge.

A $3.2 million replacement of the former timber bridge began in mid-April to ensure the ongoing safety of motorists and other bridge users.

The rebuild was completed as a joint project between Logan and Gold Coast City Councils and the Australian Government.

Mr van Manen said the new bridge, which is approximately six metres higher than the previous structure, was designed with safety in mind.

“I want to thank Gold Coast and Logan City Council’s for getting the bridge rebuilt in a timely manner,” Mr van Manen said.

“I am pleased the Federal Government was able to contribute $1.2 million to the project.

“This has created an important safety link for what is a growing community in the Cedar Creek area with the rebuild improving the bridge’s ability to withstand adverse weather events.”

The new bridge includes a two-metre wide pedestrian path on the north-eastern side.

“The old bridge has been replaced with a new two-lane reinforced concrete bridge,” Cr Pidgeon said.

“As well as the bridge replacement, road pavement rehabilitation works were also undertaken on the approaches to the bridge and new road drainage, guard rails and signage were installed.”

“Road and bridge upgrades are important in building resilience across our city particularly through flood proofing and providing better access for pedestrians and cyclists,” she said.

“The Chardon Bridge replacement is a great example of local and Australian Government working hand in hand to improve our road network.”

The project was jointly funded by Logan City Council, City of Gold Coast and the Federal Government’s Bridges Renewal Programme.