10,000 Young Australians off welfare and into work under PaTH Program 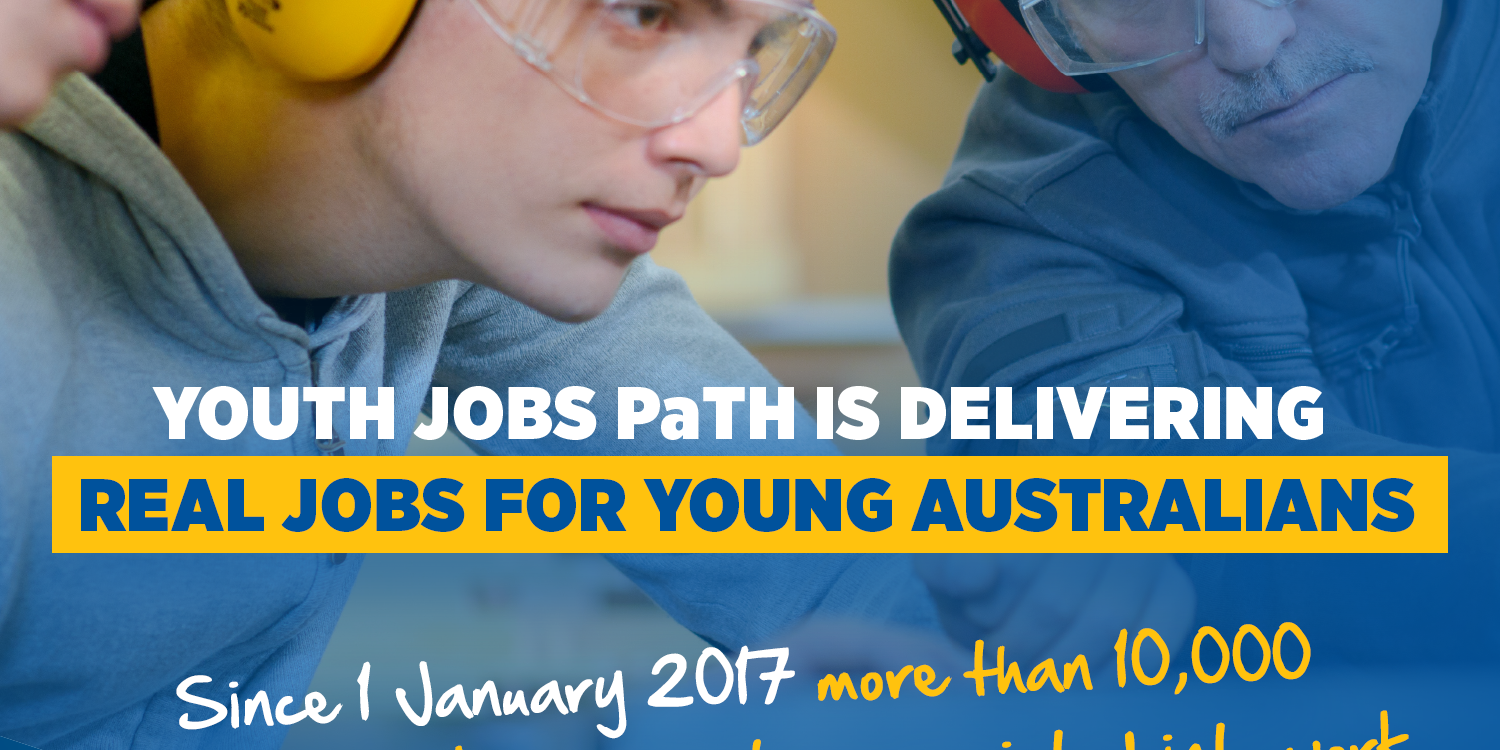 The Turnbull Government has assisted 10,000 long-term unemployed young Australians get off welfare and into work through the Youth Bonus Wage subsidy component of the Youth Jobs PaTH program.

Federal Member for Forde Bert van Manen said the Youth Jobs PaTH program was delivering significant outcomes by getting young people off welfare, into work and ensuring they are positive contributors to the economy and their local community.

“The Turnbull Government believes that the best form of welfare is a job,” Mr van Manen said.

“In just over nine months, 10,000 young people across Australia who were previously reliant on taxpayer-funded welfare are now in gainful employment thanks to the Youth Jobs PaTH program.”

Employers are eligible for a Youth Bonus Wage Subsidy, under the ‘Hire’ element of the Youth Jobs PaTH program, if they employ a young person who has been unemployed for six months or more.

Reforms to the subsidy were part of the Youth Jobs PaTH program announced in last year’s Budget and commenced on 1 January 2017.

Mr van Manen said the program was producing real results in the electorate of Forde.

“Since the beginning of the year there have been 138 young Australians who have transitioned from welfare to work through the Youth Wage Subsidy,” Mr van Manen said.

“Breaking the cycle of welfare dependency by securing gainful employment has a profound effect on the individual, their family, the local economy and the community.”

In addition to the 10,000 young people hired through a Youth Bonus Wage Subsidy, the other elements of the PaTH program are also performing well.

Across Australia, more than 9,300 young people have begun Employability Skills Training courses and more than 2,100 internships have commenced.

“The very positive results to date clearly show that young people are willing to put their hand up and have a go with the right support,” Mr van Manen said.

“Every policy lever the government has at its disposal is being utilised to promote growth, encourage investment, stimulate job creation and support businesses.

“This is in stark contrast to the Labor Party, who oppose every measure we have implemented to create jobs and get young Australians the skills and experience they need to get off welfare.

“The Turnbull Government’s Youth Jobs PaTH program is giving long-term unemployed young people the skills and experience to increase their chances of being considered for a job, and is assisting employers to give young people a go.”