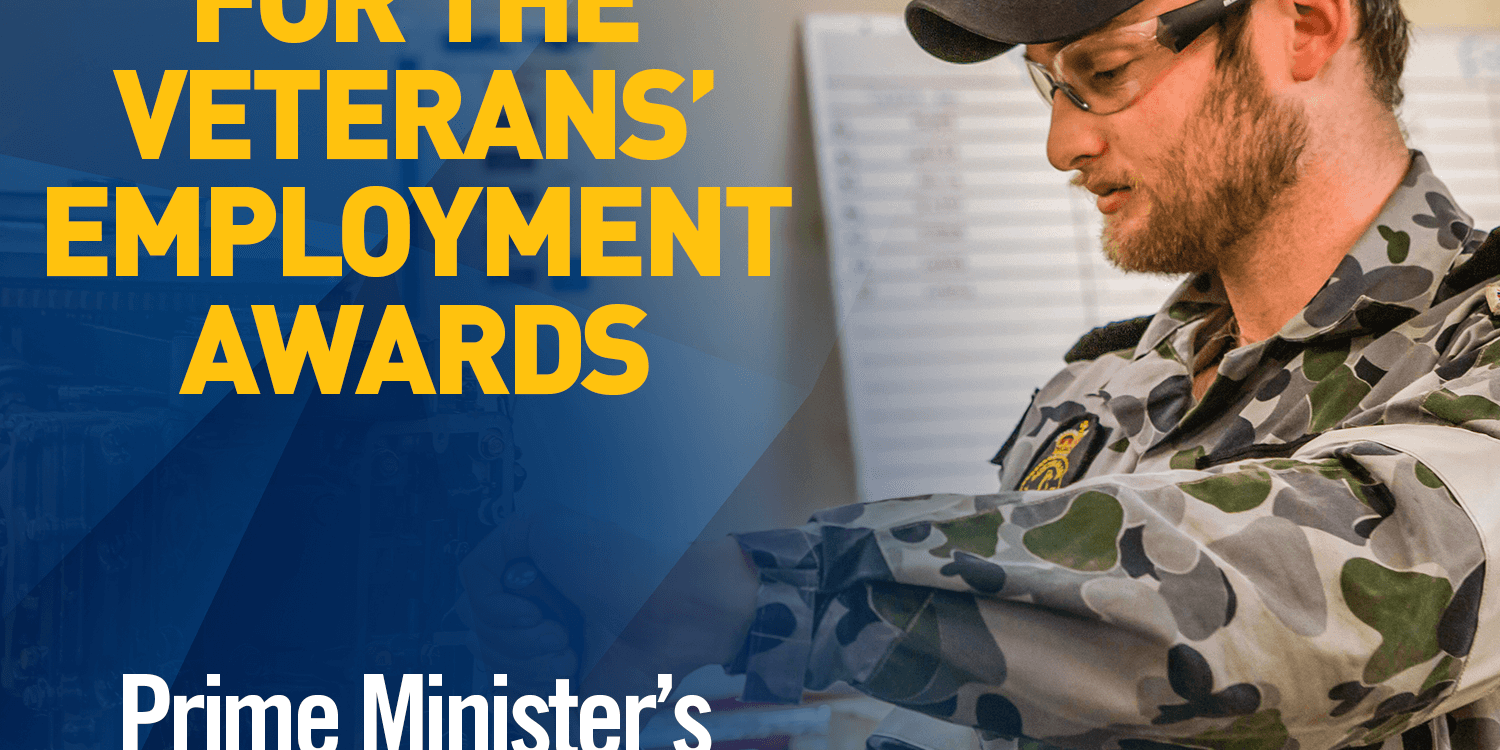 The Australian Government continues to honour its promise to ensure that all Australian Defence Force (ADF) personnel are ready for the opportunities of post-service life.

Helping our former Defence personnel find meaningful post-service careers is one of the best ways we can honour their service and sacrifice.

The Government has launched the inaugural Veterans’ Employment Awards, which will celebrate Australian businesses that are employing veterans as well as veterans who are making a significant contribution to their workplace.

Any Australian business, large or small, that is a leader in veterans employment should nominate for the awards.

The awards, which contain nine categories, are part of the Prime Minister’s Veterans Employment Program, that was launched last year to help recognise the talents of our veterans and to encourage the private sector to take advantage of that expertise.

IAC chair and Chief Executive Officer of Westpac’s Consumer Bank George Frazis this week updated the Government on the committee’s progress developing strategies to improve the pathways for veterans from the Australian Defence Force into post-service employment.

Each year, around 5,200 people will leave the ADF and the Government’s aim is to ensure our personnel can transition to civilian life effectively and smoothly.

Significant work has already been undertaken to improve veteran employment in the Australian Public Service (APS) with the development of a practical toolkit to support veterans to enter the APS that includes a guide aligning ADF ranks to APS classifications.

Since the Government added a “Defence Force Experience Desirable” flag on its jobactive website in December 2016 more than 1500 positions have been advertised as Defence desirable, connecting job seekers with employers.

Mr Frazis said: “As a former RAAF Officer, I am proud to share the progress of the Committee with the Prime Minister and Minister for Veterans’ Affairs.

“The Committee has made positive progress in achieving its aspiration to help veterans and their families gain meaningful employment during and after their service.  It has established the foundation for its ongoing efforts to overcome barriers to employment for our veterans, those serving in the Reserves and their spouses.

“We encourage all organisations to recognise and take advantage of the talents and skills of our veterans, such as leadership, resilience, agility and the ability to operate in complex environments.”

Nominations for the Veterans’ Employment Awards are open until 22 December 2017 and can be submitted at www.veteransemployment.gov.au