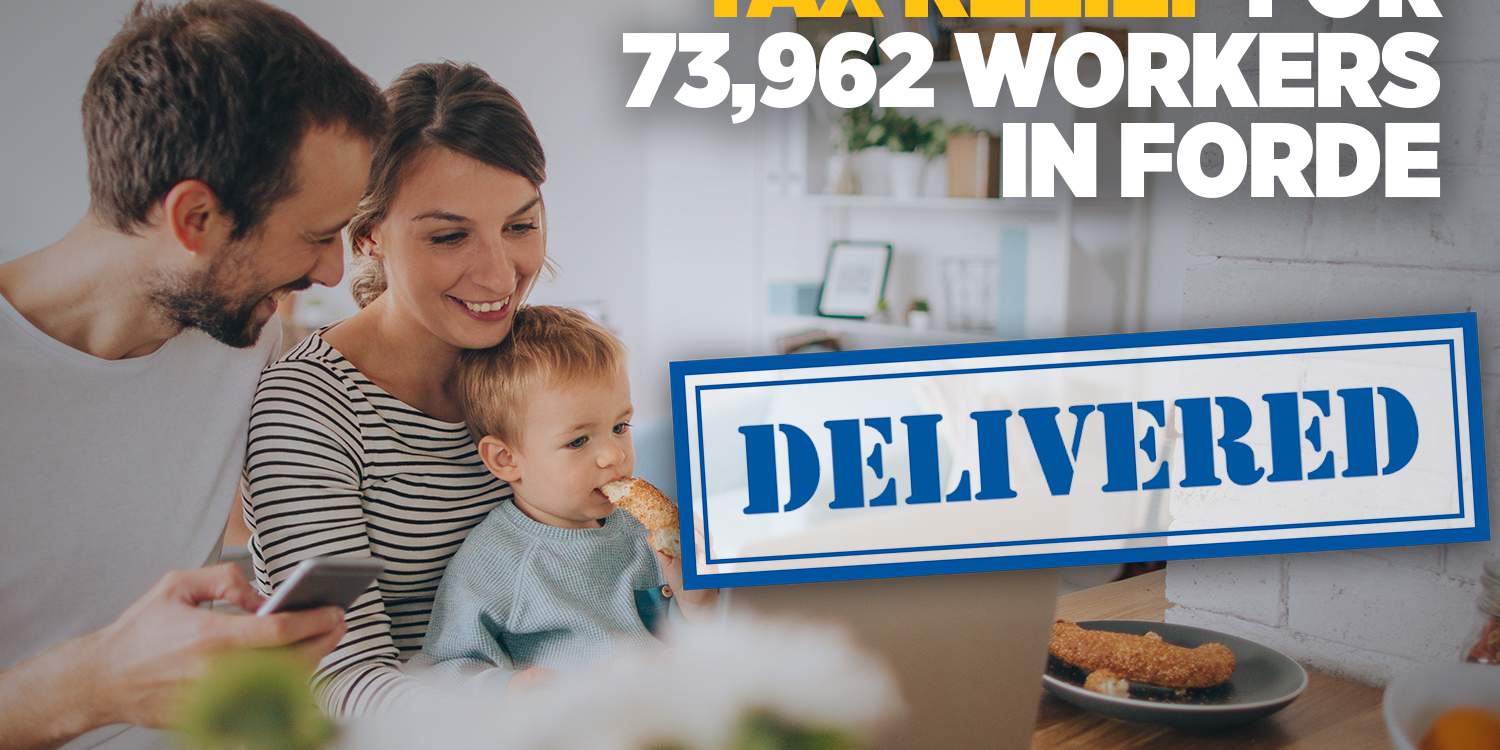 The Turnbull Government has delivered income tax relief for all Australian workers.

In passing our Personal Income Tax plan through the Parliament, the Government has ensured all Australians paying tax will be better off. They will be paying less tax, and will be rewarded for their hard work both now and into the future.

“This is a win for all working Australians who want to get ahead. You will have the certainty that when you earn more, get a pay rise or work more hours, you won’t face ever-increasing tax rates.

“Under our plan, 94 per cent of Australian workers will not face higher marginal tax rate of more than 32.5 cents in the dollar, with our first priority low and middle income earners because we understand the benefits of a stronger economy have not yet flowed to all.”

Three. Ensuring more Australians pay less tax by making personal taxes simpler, removing an entire tax bracket, that will mean around 94 per cent of taxpayers are projected to face a tax rate of 32.5 per cent or less.

“In contrast to the Labor Party, our plan is not about creating winners and losers. We are not putting up taxes on some Australians to pay for tax relief for other Australians,” Mr van Manen said.

“By pledging to reverse steps 2 and 3 of our now legislated tax cuts, Labor has admitted it will rip $70 billion in extra income tax from working Australians’ pay packets over the next ten years.

“Under Labor, Australians will work for our tax system. We would have Tax Bill Shorten.

“Under the Government’s legislated plan, the tax system works for all Australians.”