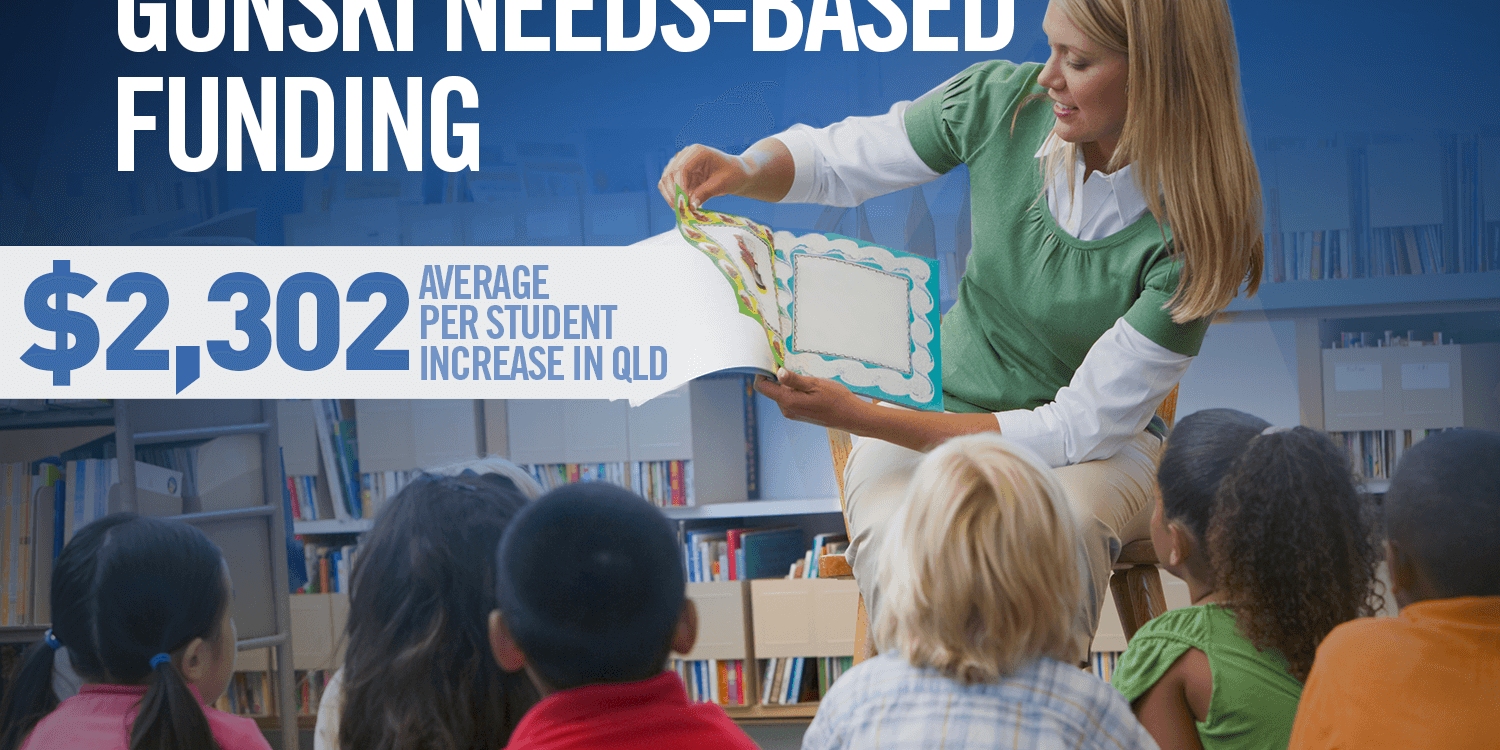 The Turnbull Government’s plan for real needs-based funding for Australia’s schools has passed the Parliament, ensuring students will get the support and quality education they need to succeed.

This historic reform will deliver tangible benefits to students, parents and teachers. It represents a major investment in Australia’s future.

Federal Member for Forde Bert van Manen said the move was a milestone for schools in Forde.

“They will all be better supported, well into the future, through this fairer school funding deal.”

The Quality Schools reforms deliver an additional $23.5 billion, on top of the 2016 Budget, for Australian schools over the next decade and ensures that investment is distributed according to need.

The reforms ensure students with the same need within the same sector attract the same support from the Commonwealth Government, regardless of where they live.

The transition arrangements to get to the SRS do not change the final structural position of the Government’s funding or budget in 2027.

Alongside the Commonwealth’s increased investment, states and territories will be expected to provide 95 per cent of the SRS by 2023. Further, we will appoint a National School Resource Board as was recommended by the 2011 ‘Gonski Review’.

While maintaining the historic role of the federal government as the majority funder of non-government schools, this will see the Commonwealth continue to increase its share of funding for government schools, which in 2013-14 stood at 13.4 per cent and under the previous Government in 2009-10 it was just 10.8 per cent.

For the first time, the support for students with a disability will be informed by the Nationally Consistent Collection of Data, which was first committed to under the Gillard Labor Government, ensuring need drives funding allocation rather than the different definitions of disability that exist between jurisdictions.

While a strong level of funding for schools is vital, what’s more important is how that funding is used.

Before the end of 2017, David Gonski AC will chair a panel of education experts to deliver the Review to Achieve Educational Excellence in Australian Schools. The Review will provide advice on how this extra Commonwealth funding should be used by Australian schools to improve student achievement and school performance.

Bill Shorten and the Labor Party should be ashamed of and embarrassed by their actions. Voting against increased and truly needs-based investment in Australia’s schools shows that the Labor Party values political expediency over the needs of the nation’s children and grandchildren.

The Turnbull Government thanks the respective minor party and independent Senators and Members for their constructive and considered contributions to the future of Commonwealth support for Australia’s schools.

Along with support from Gonski Review panelists Ken Boston, Kathryn Greiner AO and David Gonski himself, the Government’s plan has been backed by independent think tanks including The Grattan Institute and The Mitchell Institute as well as schools, families and educators such as former head of the Australian Education Union Dianne Foggo AM.

These reforms are focused on the needs of each and every Australian student to ensure they get the support they deserve to set them up for their future.