Business gears up for jobs on $1.5 billion second M1 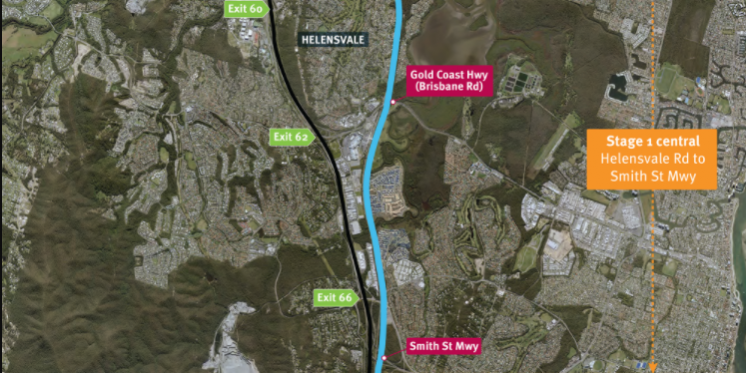 Queensland construction companies have been invited to submit their proposals for the Gold Coast’s largest road project.

The jointly funded $1.5 billion Stage 1 of the Coomera Connector, will run between Coomera and Nerang.

Contractors received their first industry briefing today – on a project expected to create around 700 jobs.

Federal Minister for Population, Cities and Urban Infrastructure Alan Tudge said the Morrison Government wanted to get shovels in the ground in 2021.

“The M1 is Queensland’s busiest road and the local community knows this is going to be an absolute game-changer,” Mr Tudge said.  “This is critical to busting congestion, supporting a growing Gold Coast and boosting the economy as we recover from COVID.

Queensland Transport and Main Roads Minister Mark Bailey said the 16-kilometre Stage 1 would be delivered in three separate construction packages to maximise opportunities for more local contractors to get involved, while also allowing the road to progressively open sooner over the next four years.

“Our complete 16-kilometre Stage 1 between Coomera and the AFL stadium will take up to 60,000 vehicles a day off the M1 and create another 700 new jobs on top of the 1,600 supported by our current M1 and light rail projects,” Mr Bailey said.

“The Queensland Government has gazetted the corridor, is getting work done on the design and by reaching out to industry today, we’ll be able to get jobs going by next year to support our state’s economic recovery.

“And because of the big strides Queensland has made in the face of this global virus, we’re able to kick start the second M1 as a cornerstone of Queensland’s plan for jobs and economic recovery.”

Federal Member for Forde Bert van Manen said while the business case is yet to be finalised, the first package is expected to involve roadworks from Shipper Drive, Coomera to Helensvale Road, Helensvale.

“By delivering the project in packages, we’re maximising our ability to create jobs for local business and open key sections of the 16-kilometre road quicker without having to wait for another area to be complete.”

“Right across Queensland and the nation, the Australian Government continues to roll out our $110 billion infrastructure investment program, which is laying the economic foundations for recovery following the pandemic.”

State Member for Gaven and Minister Meaghan Scanlon, whose electorate the Coomera Connector begins in, encouraged local businesses to throw their hat in the ring, with many local contractors already involved in current and completed M1 projects.

“Close to 80 per cent of businesses involved in the Mudgeeraba to Varsity Lakes section of the M1 were local. I want to see that same level of local involvement replicated in our second M1 – and we can only do that if local businesses put their hand up,” Ms Scanlon said.

“Our work means getting families home sooner and throwing our support behind Queensland businesses. We’ve seen great local companies like LanTrak involved already involved in our $1 billion M1 upgrade to the border, alongside many more other local contractors forming a 2,000-plus strong workforce building better roads and transport for the Gold Coast.

“We’re Australia’s sixth largest city, and we’re only getting bigger. The Second M1 will play a critical role alongside construction on Light Rail Stage 3, further planning with the council on improving our east-west connections and our record M1 spend.”

The Australian and Queensland governments have committed a total of $1.53 billion (on a 50:50 basis) to plan and build Stage 1 of the Coomera Connector between Coomera and Nerang.