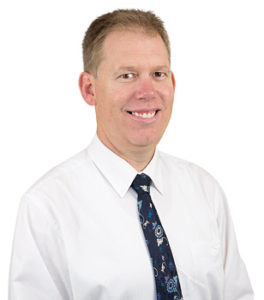 BERT HAS KNOWN THE FORDE COMMUNITY FOR HIS ENTIRE LIFE. HE WAS RAISED IN WATERFORD AND CALLS CORNUBIA HOME.

Bert van Manen was elected to the Australian Parliament as the Member for Forde in 2010. He is the fifth person to hold the seat since it was established in 1984.

As a Federal Member of Parliament, Bert is focussed on taking the concerns of his community to Canberra, and in delivering for the people of Forde. Bert understands local issues because he has lived here his entire life – he was raised in Waterford and lives in Cornubia with his wife Judi and sons Zac and Josh.

Bert was born in 1965 and raised in Waterford. He attended Waterford and Waterford West Primary Schools and Kingston State High.

In his younger years, Bert was an avid goalie who played representative level football. To this day, Bert has been spotted lacing up his boots and jumping in front of the goal posts for social games and penalty shootouts.

Bert was employed as a bank officer for 15 years, from 1983 to 1998.  His passion for improving the future financial outcomes of his clients inspired Bert to start his own financial services business with his wife Judi. Owning and operating a small business provided him with a unique understanding of the challenges faced by small to medium businesses.

Bert has delivered more than $1 billion in road funding to ensure our community can drive more safely, and with less congestion on the M1 and Mt Lindesay Highway. Since 2018, Forde has received over $42 million in funding for health – supporting two new headspace centres for youth mental health in Meadowbrook and Upper Coomera; upgrading the children’s area at Logan Hospital; defibrillators for caravan parks and funds for a standalone urgent care service at Logan Hospital. An additional $5 million has provided two health and wellness hubs for Norfolk Village State School and Eagleby State School; musical instruments for Pimpama State School; a Prep precinct for Beenleigh State School; disability access for Kimberley Park State School and other school projects.

It is Bert’s greatest honour to represent the community in which he grew up and to be a member of the Morrison Government. He will never stop being a strong voice for the interests of the people of Forde in the Federal Parliament.