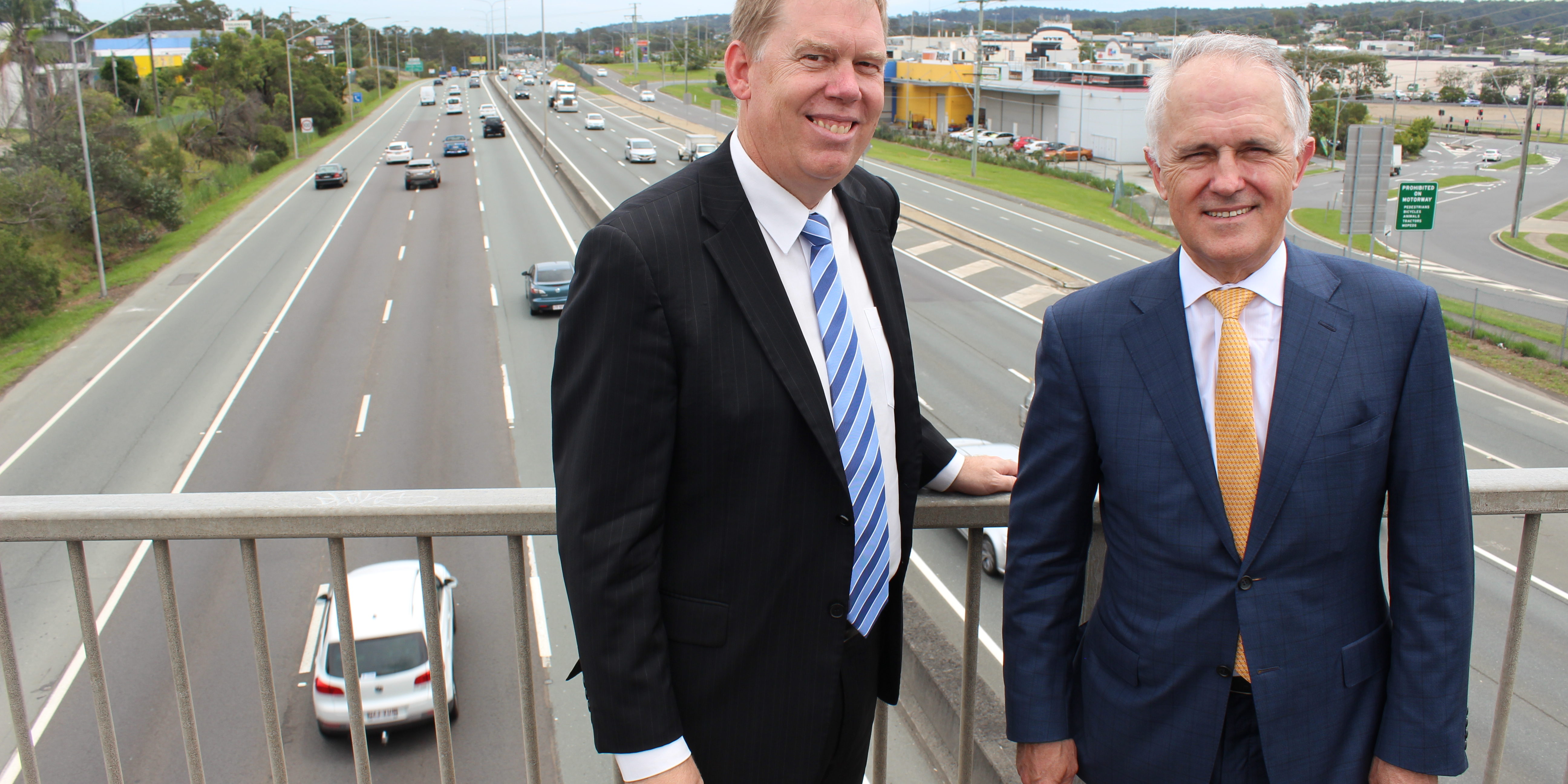 It has been three months since the Federal Election and since Prime Minister Malcolm Turnbull announced a $215 million investment in upgrading Queensland’s M1 Pacific Motorway in Logan and the Gold Coast.

In that time the Queensland Labor Government has refused to come to the party with their share of funding and instead they have finger pointed, blame shifted, and offered nothing but political games through a media campaign of misinformation.

The M1 is under pressure and urgently needs extra capacity. While commuters are sitting in daily congestion for hours on end, frustrated and at the end of their tether, Queensland Main Roads Minister Mark Bailey sits on his hands and continues to make excuses.

The problem is, Mr Bailey is deceiving Queenslanders. He is misleading the public over funding principles while demanding a bigger slice of the pie. Well I have news for Mr Bailey; the Australian Government is not a piggy bank. You cannot just ask mum and dad to double your pocket money because you spent it all on sweets.

Mr Bailey’s funding shortcomings are a product of his Labor government’s disastrous mismanagement. Queensland Labor has splashed all their cash on sweeteners with a bloated public service, and left nothing for vital infrastructure that will get Queensland moving.

Queensland Labor’s long list of excuses is wearing thin and my electorate of Forde is not falling for it.

While Mr Bailey and members of his M1 delegation continue to split hairs over ‘road classifications’, it makes no difference to the fact – and the fact is, the Queensland Government has a 50-50 funding agreement with the Australian Government for the M1 in south east Queensland – a road that transports primarily urban commuter traffic. Since the M1 was constructed in Queensland, the funding of any upgrades has always been 50-50.

My colleague and Minister for Urban Infrastructure the Honourable Paul Fletcher put it well in an opinion piece recently, when he said that:

“Mark (Bailey) has not been able to point to any single document which lays out such a principle (for 80-20 funding) – and the facts about road funding over the past decade or more make it clear that the funding basis varies from project to project.”

The fact is, the Turnbull Government has taken two of the biggest items on Queensland’s infrastructure wish list and moved them from the “one day” column into the “ready to go” column.

All Mr Bailey and the Palaszczuk Government have to do is find $215 million, a small sum in comparison to their billion dollar public service bill, and these vital M1 upgrades can get underway.

While road funding varies for different road networks in different states, the M1 in south east Queensland has been, and continues to remain a road that is supported with 50 per cent funding from the Australian Government.

Again, my colleague Minister Fletcher rightly pointed out that “the federal government… can best support state governments which have their own proactive strategy to fund major projects.”

Unlike the ACT and NSW, the Queensland Labor Government has refused to consider any proactive strategies. It abandoned work done by the previous LNP Government and instead of coming up with an alternative strategy, the only plan Mark Bailey can conjure is to complain and blame shift in the hope that the federal government will just pay for it all.

Well sorry to say, but excuses and blame shifting does not sit well with Australians.

Commuters and residents in my electorate of Forde have had enough. I have fought tooth and nail to secure this funding for the M1 and the Queensland Labor government is holding up the project. We could see construction starting on the M1 as soon as 2017 if Queensland

Labor and Mr Bailey stopped playing political games and instead focused on finding the funding to fix the M1. As soon as Mr Bailey stops making excuses and stops avoiding his funding responsibilities, the sooner we can start upgrading the M1.