Pre-Schoolers can learn another language 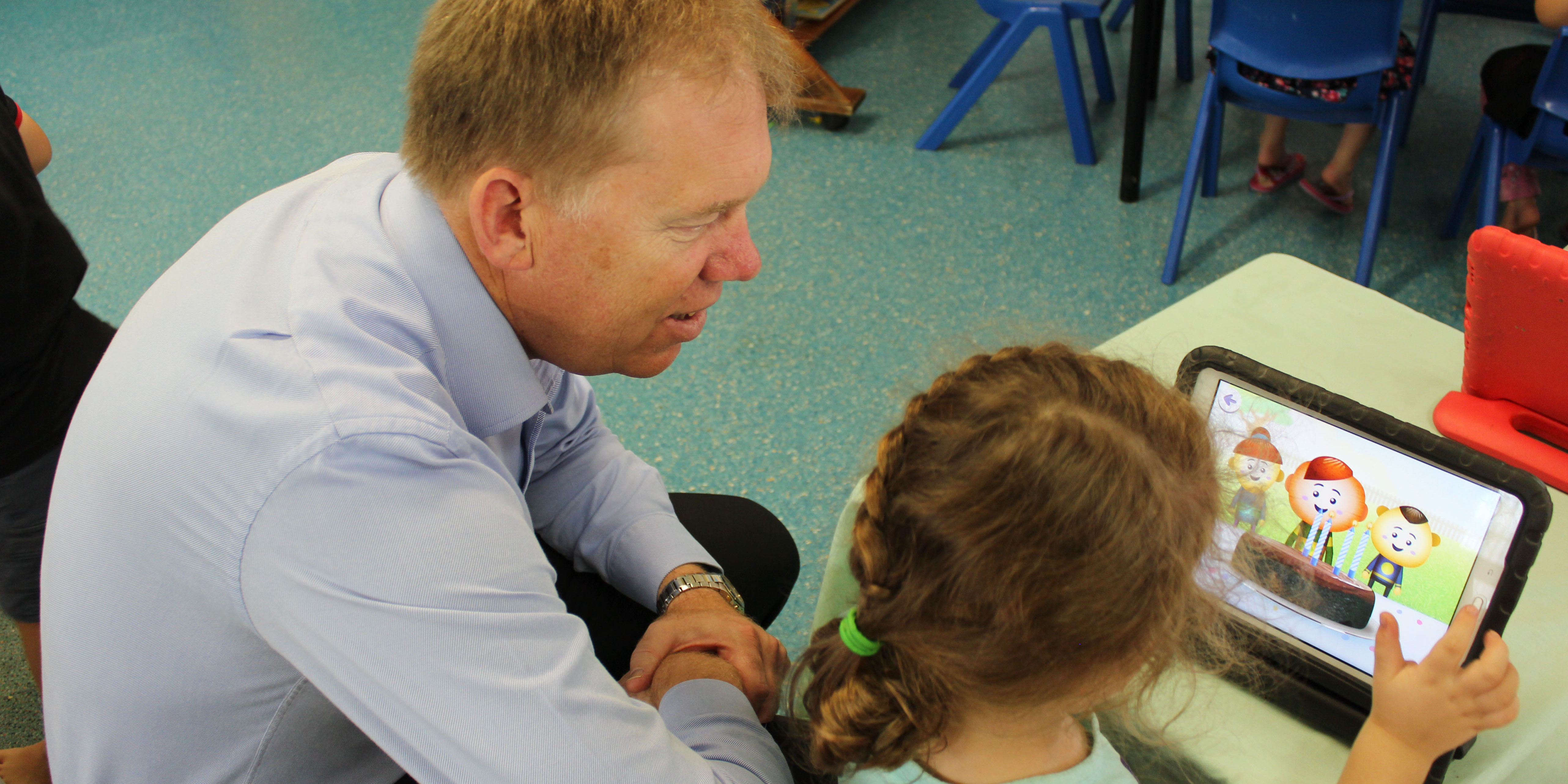 Every pre-schooler in Forde will have the opportunity to learn a foreign language with applications for the Turnbull Government’s popular Early Learning Languages Australia (ELLA) program now open.

Federal Member for Forde Bert van Manen MP said local preschools can apply for the national rollout of the play-based tabled app for devices like iPads.

“The Polyglots apps are an innovative program that has already seen around 10,000 children across the country learning new languages and better understanding other cultures,” Mr van Manen said.

“The application round for preschools to participate in the program next year will open on Monday 14 November 2016.”

Mr van Manen said trials of the program had been popular with children, parents and educators and it was exciting to see it not only expanded to being made nationally available but to also include an additional four languages.

“In addition to Japanese, Chinese (Mandarin), French, Indonesian and Arabic, preschool children will be able to learn Spanish and Italian from next year, and Modern Greek and Hindi from 2018,” Mr van Manen said.

“Seeing and hearing young children counting, following recipes and singing in a language that isn’t their native tongue, you understand how engaging this app is and why it has had such positive feedback from kids, educators and families.

“It would be great to see more preschools put their hands up to get involved and give children the opportunity to develop new language skills.”

Minister for Education and Training Senator Simon Birmingham said the apps were an important element of the Turnbull Government’s efforts to encourage young Australians—regardless of where they live—to learn a second language.

“The Turnbull Government is committed to backing evidence-based programs, to backing programs that inspire students, that involve families in learning and that are useful for educators – ELLA ticks all of those boxes,” Minister Birmingham said.

“As the Asia Education Foundation’s Senior Secondary Languages report has shown, the proportion of year 12 students studying another language has dropped from 40 per cent in the 1960s to just 12 per cent today, which is why it’s encouraging that Australian children – and parents alike – have taken to the Polyglots apps with such enthusiasm.”

The Turnbull Government has committed further funding of $5.9 million to make ELLA available nationally in 2017. This includes up to 1000 grants of $500 for preschools in disadvantaged areas to purchase devices so they can access The Polyglots.

For more information and to apply for 2017, visit: www.ella.edu.au.