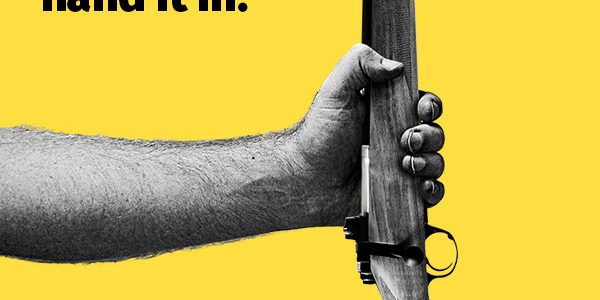 The National Firearms Amnesty has commenced, giving Australians an opportunity to hand in unregistered and unwanted firearms and improve community safety.

Federal Member for Forde Bert van Manen said in Australia, all firearms must be registered.

“The national amnesty is an opportunity for any person who has an unregistered or unwanted firearm, such as a family heirloom, to get rid of it without fear of being prosecuted,” Mr van Manen said.

“People who participate in the amnesty will be helping to keep the community safe by ensuring unregistered firearms do not fall into the wrong hands.”

This is the first nation-wide gun amnesty since 1996, when the Howard Government took decisive action following the devastation of the Port Arthur Massacre.

During the three month amnesty, from July 1 to 30 September, anyone with unwanted and unregistered firearms or firearm-related items can legally dispose of or register them at approved drop-off points in each state and territory.

Minister Keenan said there is no cost involved with handing in firearms or related items for destruction during the amnesty, and no personal details are required.

“Outside of the amnesty period, anyone caught with an unregistered firearm could face a fine of up to $280,000, up to 14 years in jail, and a criminal record,” Mr Keenan said.

“I encourage Australians to take this opportunity to help remove unregistered firearms from the community.”

Information about individual state and territory requirements, including how and where to surrender firearms, can be found at www.firearmsamnesty.ag.gov.au  or by calling 1800 909 826.