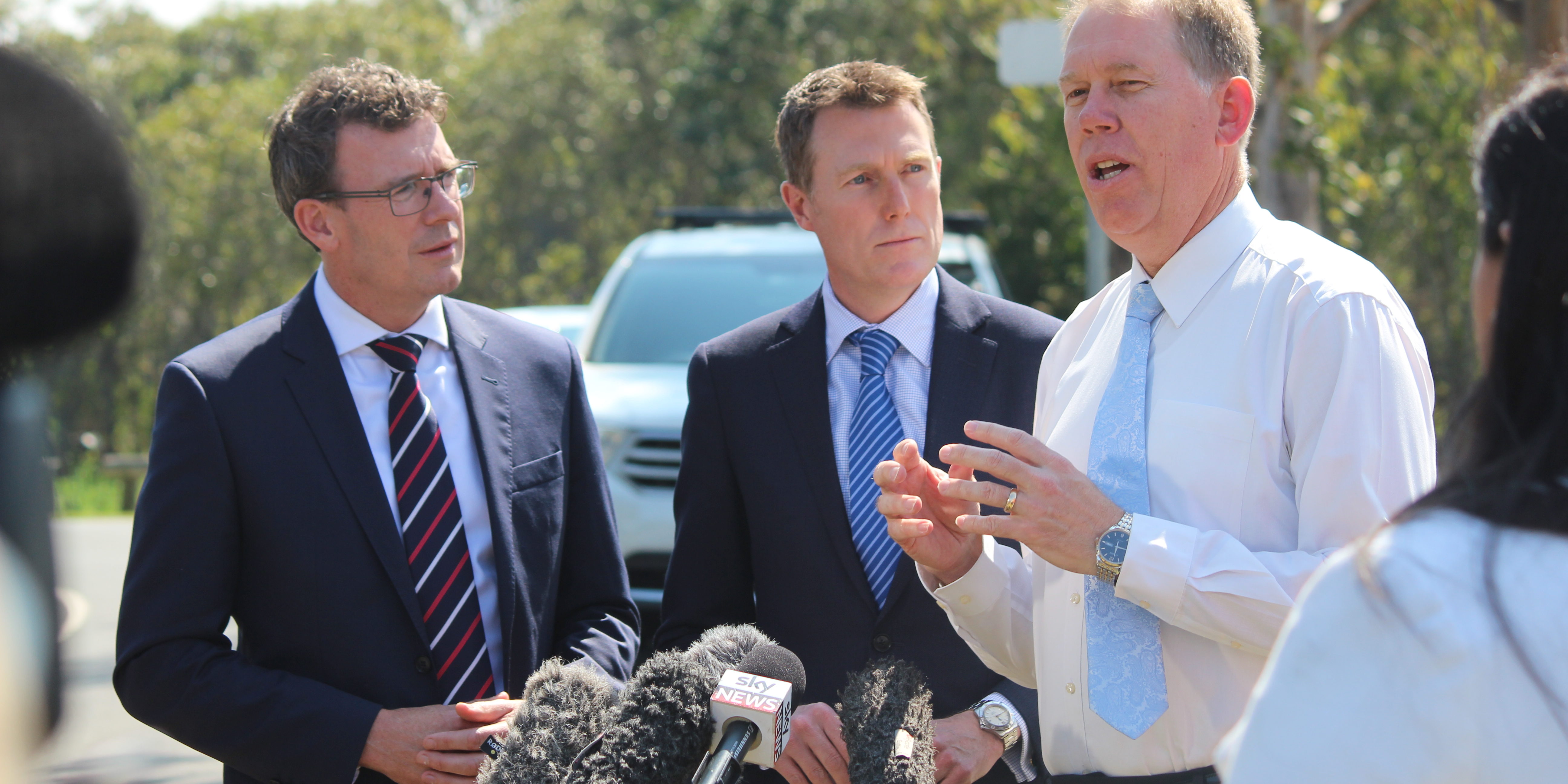 The Turnbull Government has announced Logan as the next location to trial drug testing of new jobseekers and have access to a dedicated treatment fund of up to $10 million.

Minister for Social Services, Christian Porter, and Minister for Human Services, Alan Tudge, made the announcement today in Beenleigh.

From 1 January 2018, the two-year Drug Testing Trial across three locations will test 5,000 new recipients of Newstart Allowance and Youth Allowance (other) for illicit substances including ice (methamphetamine), ecstasy (MDMA) and marijuana (THC).

Member for Forde, Bert van Manen, joined the Ministers for the announcement.

“I’ve been working closely with the Ministers in the development of this policy and am very pleased that Logan has been selected as one of the trial sites,” Mr van Manen said.

“The focus of this initiative is to help job seekers for whom drugs have become a barrier to securing work.

“As a community we have an obligation to help those who need extra support to deal with drug issues.

This initiative has the potential to change the lives of people who, because of drugs, are not able to focus on getting off welfare and being active members of our community through work and social participation.”

Minister for Social Services, Christian Porter, said job seekers in Logan with drug abuse issues would benefit from the trial as its primary focus was to help people overcome their drug issues to the point where they can achieve independence through work.

“This trial is focused entirely on helping job seekers overcome drug problems and to receive the help they need to get on a path towards securing a job and building a better future for themselves and their families,” the Minister said.

“It is not about penalising or stigmatising people who have a barrier to employment which is as serious as drug abuse. We want to help people in this situation. Failure to do so simply leaves people at risk of a cycle of welfare dependency.”

The Minister said there are drug abuse issues in Logan that impact the whole community.

“There’s been ongoing community concern about the issues of drug use in the community, and this is not helped by a relatively high unemployment rate,” Minister Porter said.

“Evidence shows that people who are unemployed can have higher rates of drug use and we all know that using drugs is a barrier to gaining employment.”

The Government has announced a dedicated treatment fund of up to $10 million to support job seekers in the drug testing trial across all three locations.

“The details of the treatment fund will be determined in consultation with Primary Health Networks and the drug and alcohol service providers in the trial locations before the trial starts in 2018,” Minister Porter said.

“Logan’s existing drug and alcohol services do a great job, but the challenge is to get those that really need these services to access the treatments available to them. This trial will identify job seekers with drug abuse issues that are a barrier to employment and ensure they are connected to treatment services appropriate to their individual circumstances.”

Minister for Human Services, Alan Tudge, said the support for treatment is in addition to the Australian Government’s commitment of almost $685 million over four years from 1 July 2016 to reduce the impact of drug and alcohol misuse on individuals, families and communities.

“We are supporting drug and alcohol services, but we also know we need to look at new interventions that can help people to overcome drug abuse issues,” the Minister said.

“In particular, the Government is committed to trialling new approaches to tackle drug abuse among some welfare recipients as we know there are levers within our welfare system to help address this problem.”

Minister Tudge said the Logan trial would begin from 1 January along with two other locations around Australia. Canterbury-Bankstown in Sydney’s west has already been identified as the first trial site.

“People applying for the main job seeker payments from 1 January 2018 will have a new condition attached to their welfare – they may be subjected to random drug testing,” Minister Tudge said.

“Given that the measure will only apply to new job seekers receiving payments from 1 January, it is likely the first tests would be conducted in late January or February.

“People who test positive to drug tests will continue to receive their welfare payment but 80 per cent of their payment will only be accessible through Income Management.

“If a person tests positive to more than one drug test, they’ll be referred to a medical professional who will make recommendations on the type of treatment plan they may need to overcome drug abuse issues.

“Income management has already been used in Logan and is a proven and effective tool to help welfare recipients manage their money to ensure their basic living needs are met and, consequently, limits the amount of cash available to fund illicit drugs. There are 360 BasicsCard merchants in Logan and more than 2,100 in greater Brisbane that accept the BasicsCard, including major supermarkets.

“The Department of Human Services estimates about 2,500 people will be tested in the Logan area over the course of the two-year trial.”

Depending on what kind of test people have been selected for, the test will either take place at a local Centrelink centre or a nearby facility. All tests will be conducted in private by a suitably qualified representative from a contracted drug testing provider.

Evaluation of the Drug Testing Trial across three locations will help to build a stronger evidence base in this area of intervention by testing new ways of encouraging job seekers with drug problems into treatment.

The trial is one of five measures announced in the 2017-18 Budget to better support people into work and ensure the welfare system continues to provide a safety net for those who need it most.