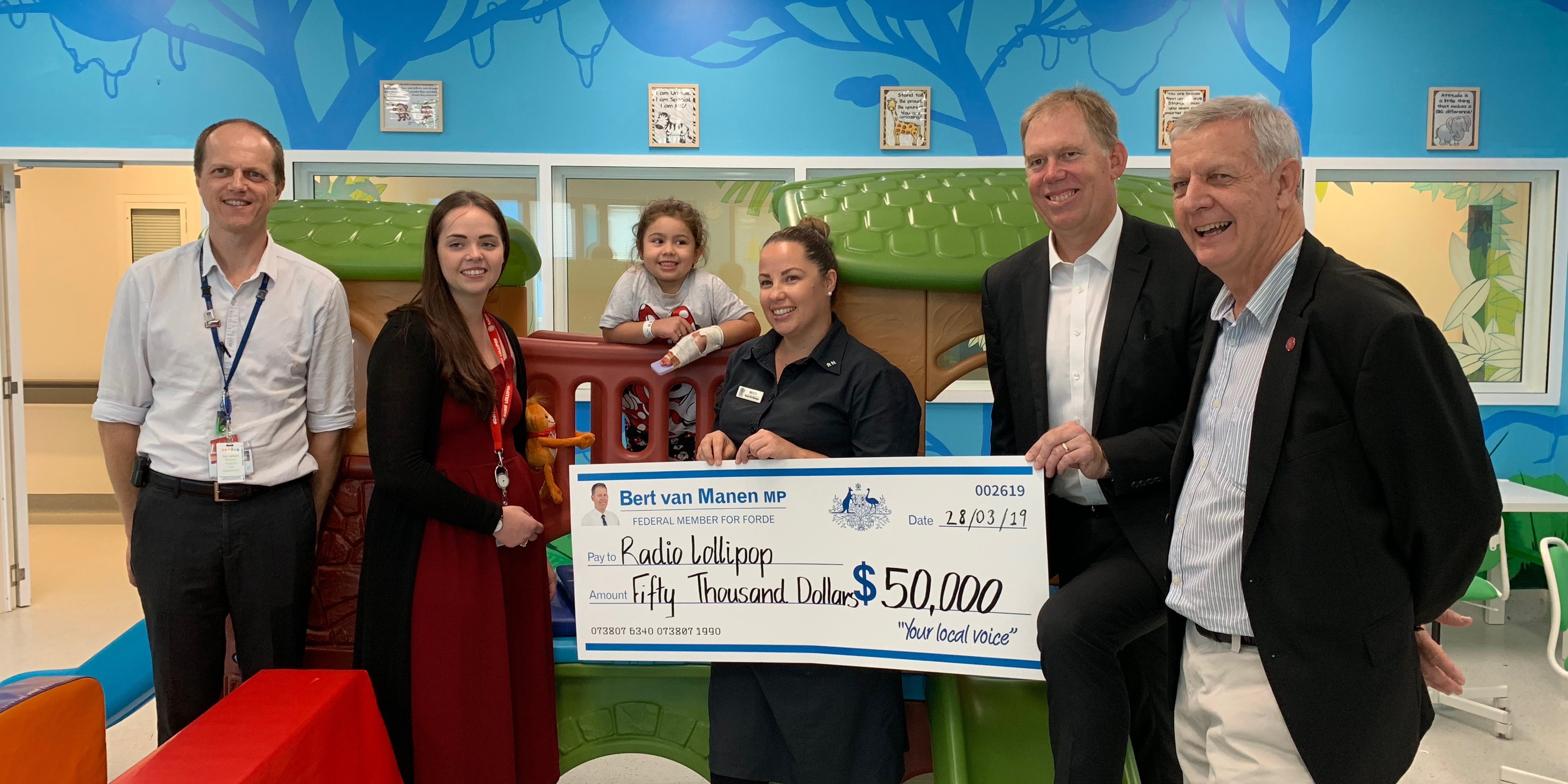 The Liberal National Government has announced it will invest $50,000 to help transform the children’s ward at Logan Hospital, completing a long overdue makeover of the children’s playroom, teenagers retreat and procedure room.

“A lengthy hospital stay for children can be extremely stressful, so it’s important to ensure that the environment in which they spend so much time is the best it can be,” Minister Hunt said.

By creating two age appropriate sanctuaries in the children’s ward and the procedure room, the staff at Logan Hospital hope to relieve some of the trauma of treatment.

Each room will be transformed into bright welcoming areas with a colourful mural, iPads, play equipment, games and consoles, a new TV and an interactive floor and sensory wall.

Minister Hunt said, “Young patients who are less stressed are likely to heal faster and their hospital stay is reduced.”

“By delivering our plan for a strong economy we can make investments in projects like the Logan Hospital Children’s Ward that Queenslanders want and need.”

“Logan Hospital and the volunteers at Radio Lollipop have worked hard to see a brighter and more welcoming children’s ward, and due to strong economic management we are able to support this innovative initiative.”

“Logan Hospital is a major health centre for one of the fastest growing regions. The emergency department alone sees almost 90,000 people a year and do a tremendous job providing care to the community.”

“The inpatient children’s ward services at Logan Hospital see more than 3,000 families a year. The makeover means a lot to these families, providing them with a welcoming space to help children and their parents in a time of stress, and importantly provide children and teenagers with a place of their own,” Mr van-Manen said.

In comparison, the Queensland Labor Government between 2016-17 and 2017-18 cut funding for the Metro South region by $39 million.