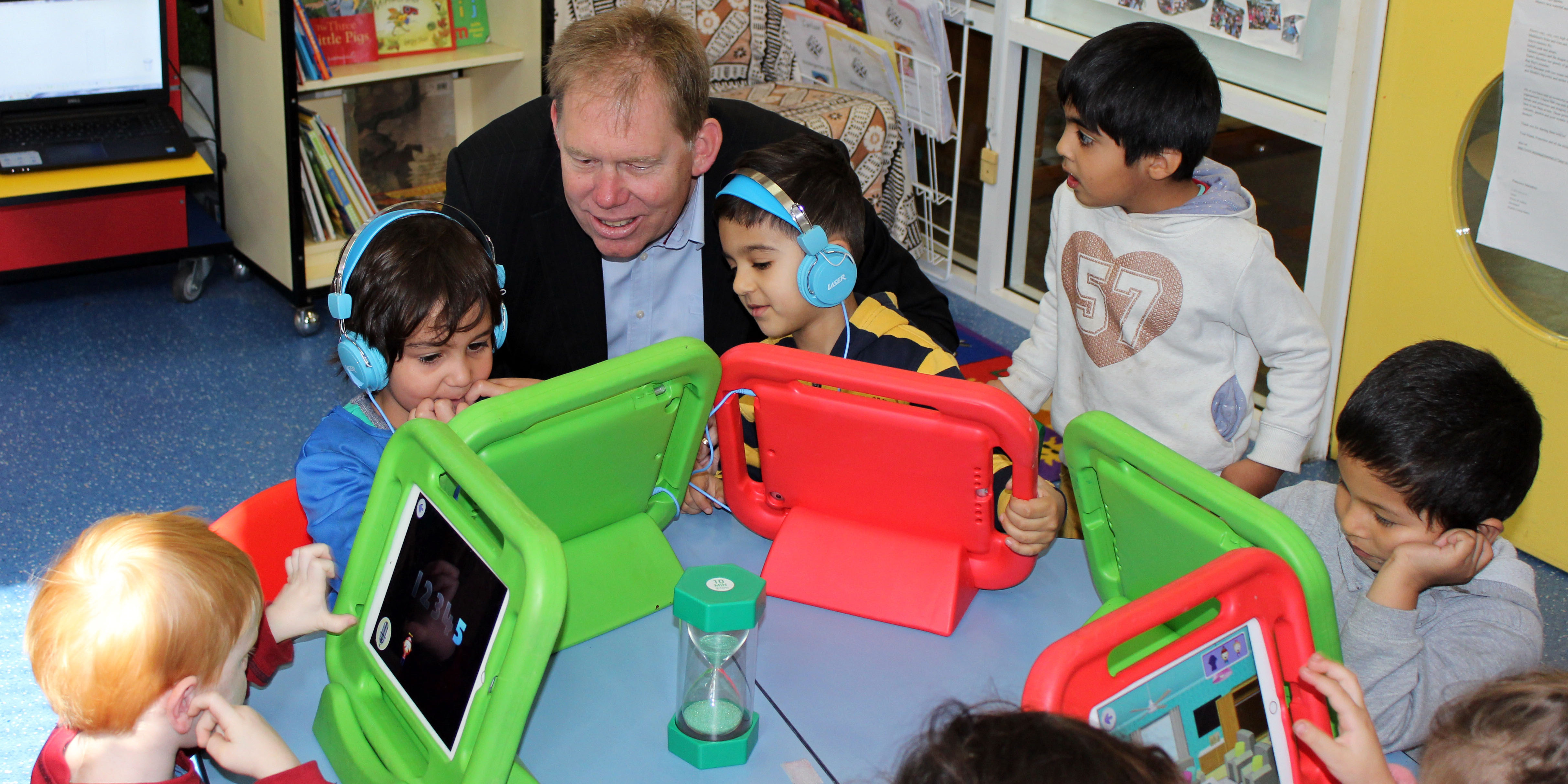 Around 1000 children at 31 preschools in the electorate of Forde will be given the opportunity to learn a second language this year thanks to the Turnbull Government’s Early Learning Languages Australia (ELLA) program.

Federal Member for Forde Bert van Manen MP said it was encouraging to see to see so many local preschools taking part in the program.

“We know the positive impact learning a second language can have on a child’s engagement and development,” Mr van Manen said.

“This will be the start of a life-long interest in language learning for our young children while at the same time boosting their English and problem-solving skills.

The program, which is backed by $15.7 million in funding from the Turnbull Government, now includes nine languages, with the introduction of Hindi and Modern Greek this year, in addition to Chinese (Mandarin), French, Indonesian, Japanese, Italian, Arabic and Spanish.

Minister for Education and Training Senator Simon Birmingham said more than 80,000 children at almost 2500 preschools across the country would take part in the program.

“The enthusiastic feedback we’ve been getting from educators and parents means this year we’ll have record numbers of children learning a second language in our preschools,” Minister Birmingham said.

“Exposure to another language and culture can have significant benefits on children from a young age – it expands their horizons and opens up exciting opportunities around the world when they reach the workforce.”

ELLA began as a small trial of 41 preschools in 2015 and is a digital, play-based program where preschool children use a series of interactive applications (apps).

It is designed for use by educators who do not have formal language training and extensive support, training and resources are provided to assist educators in the effective delivery of early language learning and cultural awareness.

The Turnbull Government has also provided 1000 support grants of $500 since 2017 to contribute towards the purchase of tablet devices to support participation by preschools in disadvantaged areas.

More details about the program can be found at www.ella.edu.au.

Preschools in Forde taking part in the program include: