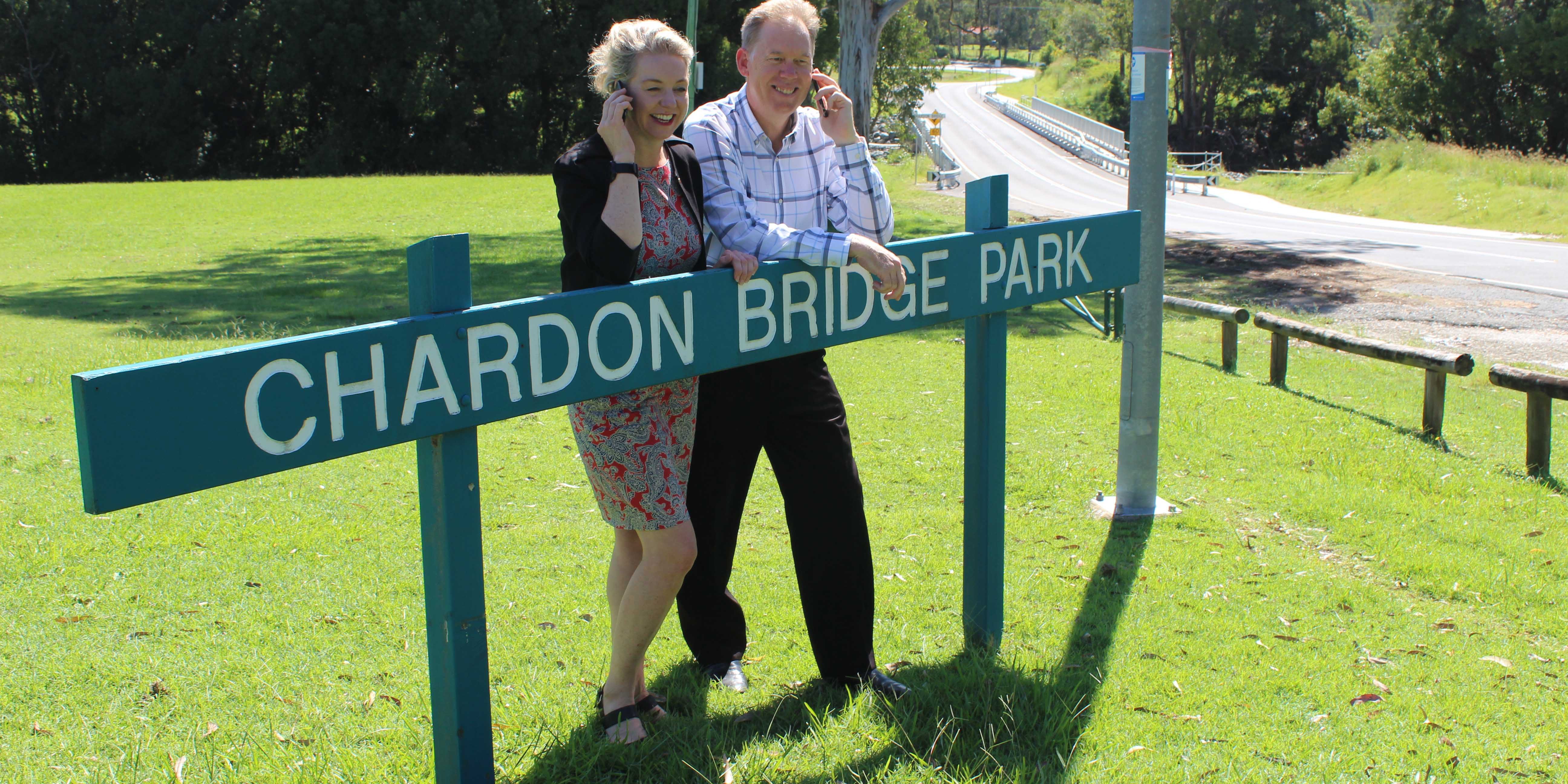 Residents in Cedar Creek will have improved phone coverage thanks to the Coalition Government’s $220 million Mobile Black Spot Program.

The Cedar Creek region was identified as one of 106 projects to be delivered in the Priority Locations Round to deliver improved mobile phone coverage.

Optus, Telstra and Vodafone will build 102 new base stations under the Priority Location round. In addition, the carriers have commercial plans for new base stations that will further address mobile black spot issues in a number of the identified locations.

Federal Member for Forde Bert van Manen MP said the new coverage would open new doors for local businesses and the community, enabling them to access the same mobile services as those in major cities.

“The Coalition’s Mobile Black Spot program is already delivering new and improved coverage to several locations in my electorate including North Maclean and Wongawallan through the first two rounds of the program, which will see local businesses and residents in the area benefit from access to 21st century communications,” Mr van Manen said.

“Thanks to the Priority Locations Round, residents in Cedar Creek will see improved coverage to areas adjacent to Cedar Creek Primary School and to Shaws Pocket Road and Beenleigh-Beaudesert Road through an Optus macro base station.

“Cedar Creek is also receiving funding for a Telstra macro base station that will improve Telstra coverage in the Cedar Creek Valley.”

“We’ve committed $220 million to improve mobile black spots across our vast country. $60 million of this funding is targeting priority black spot areas with poor or no mobile coverage, like in Cedar Creek,” Minister McKenzie said.

“Only the Coalition understands the importance of modern telecommunications for our regional communities, and has implemented a plan to deliver.

“I’m excited to reach this next milestone of the Mobile Black Spot Program and look forward to seeing the first base stations under this round completed later this year.”

More than 456 locations across Australia have already received new or improved coverage through rounds 1 and 2 of the program.

The base station rollout schedules for all three rounds of the program will be available on the Telstra, Optus and Vodafone websites.

More information about the program and a list of the priority locations is available at: communications.gov.au/mbsp