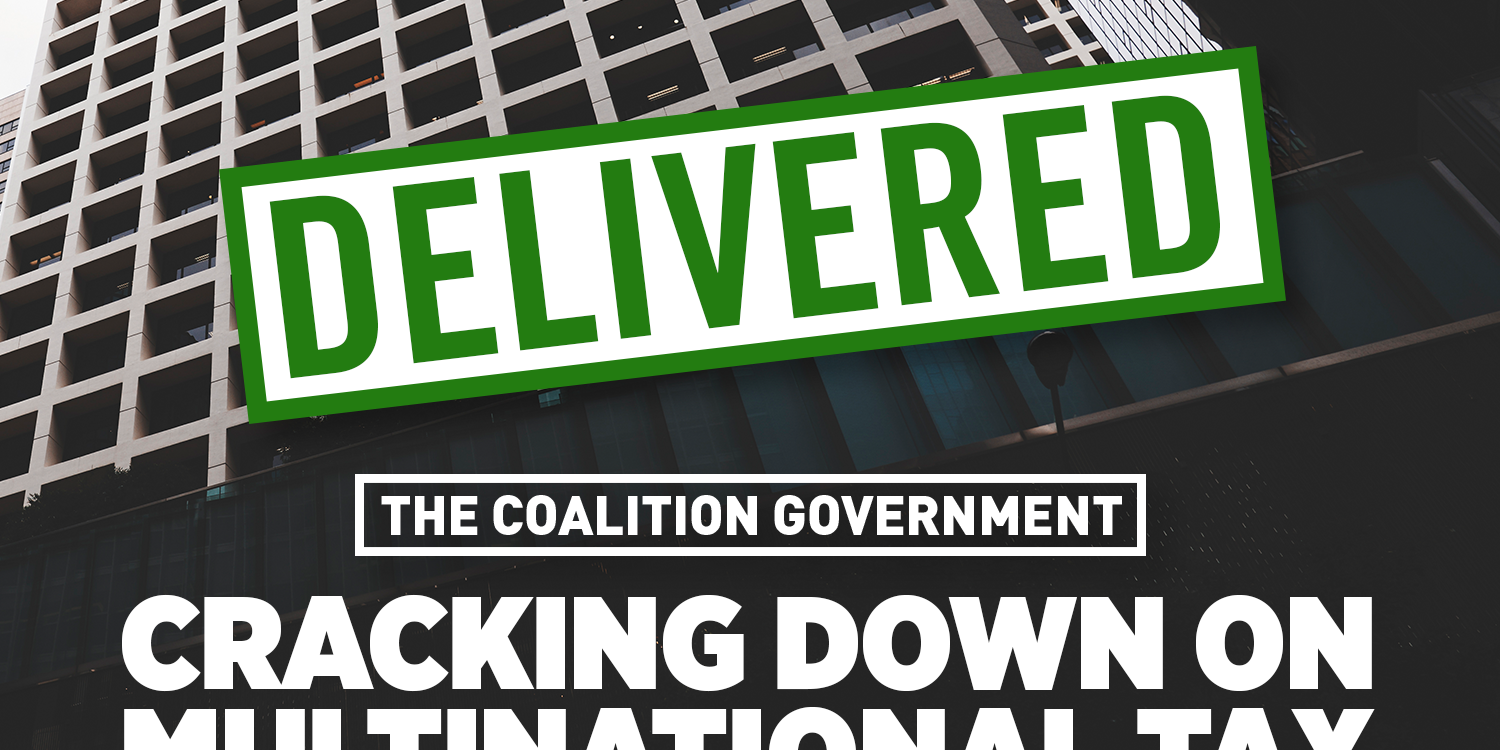 Multinational companies will be prevented from shifting profits made in Australia offshore after the Turnbull Government successfully passed a new Diverted Profits Tax in Parliament.

The new Diverted Profits Tax will commence on July 1, 2017 and will prevent multinational companies from shifting profits made in Australia offshore to avoid paying tax.

Federal Member for Forde Bert van Manen MP said the Diverted Profits Tax was expected to raise $100 million in revenue per year from 2018-19.

“This new legislation provides a powerful new tool for the Australian Taxation Office to tackle contrived arrangements and uncooperative taxpayers, and will reinforce Australia’s position as having some of the toughest laws in the world to combat multinational tax avoidance,” Mr van Manen said.

“The Diverted Profits Tax, announced in the 2016-17 Budget, targets multinationals that enter into arrangements to divert their Australian profits to offshore related parties in order to avoid paying Australian tax.

“The Commissioner of Taxation will be provided with extra powers to achieve this.”

The legislation will make it easier to apply Australia’s anti-avoidance provisions and a 40 per cent rate of tax, to be paid immediately.

Mr van Manen said the integrity of Australia’s tax base was paramount.

“The Turnbull Government is determined to ensure multinationals do the right thing and pay their fair share of tax here in Australia so that Australian citizens get the money that is owed to them to fund vital infrastructure and services,” Mr van Manen said.

Other measures the Turnbull Government has taken to crack down on multinational tax avoidance include: