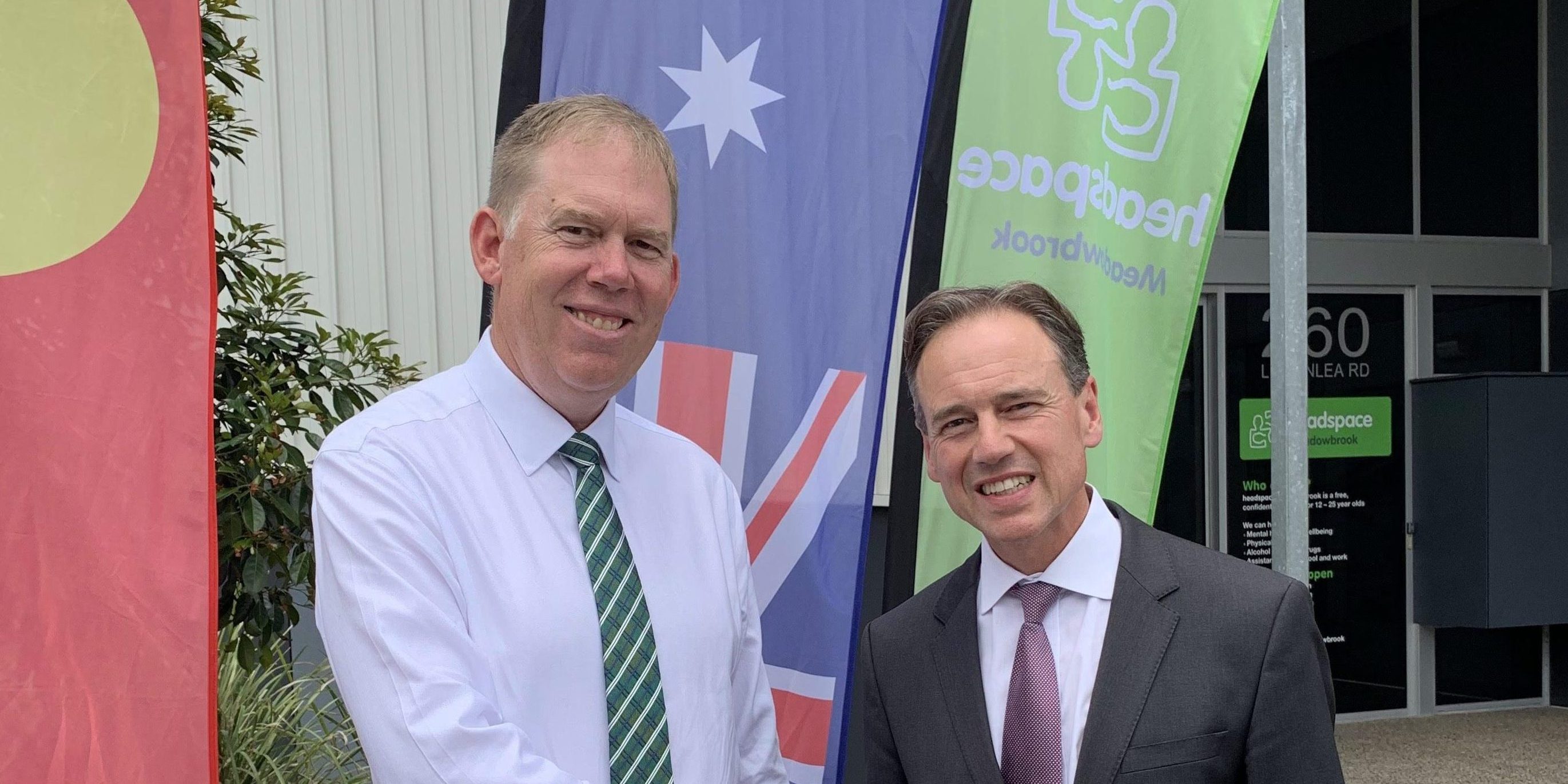 The Liberal National Government is providing $110 million so a number of headspace centres around the country can continue to provide specialist clinical services for young people at the early stages of severe mental illness.

“Psychosis is a condition where a person has difficulty in telling apart what is real from what is not,” Mr van Manen said.

“It may be triggered by a mental illness such as schizophrenia, bipolar disorder or severe depression. It can also be induced by drug use, or rarely, by extreme stress,” Minister Hunt said.

“Symptoms are different for everyone. People may experience one or a range of symptoms including false beliefs, hallucinations, confused thinking and changed behaviour.”

“Two-thirds of people who have psychosis experienced their first episode before the age of 25.”

“It can be difficult to get young people with psychosis to engage with services and they require consistent and ongoing care and support.”

Federal Member for Forde, Bert van Manen said this important program aims to reduce the incidence and impact of psychosis within Forde through prevention, early detection, and coordinated care delivery.

“A significant focus of the program is on functional recovery which focuses on a young person’s re-engagement in education and employment, leading to better long term outcomes,” Mr van Manen said.

“Intervention early in life and at an early stage of illness can reduce the duration and impact of mental illness.”

This funding is on top of the Government’s investment recent $51.8 million funding boost for headspace centres across Australia.

The Liberal National Government is prioritising better mental health for all Australians $4.7 billion expected to be spent on mental health this financial year.